Today I finished reviewing the page proofs of Lost in Love, the second book of the City Love trilogy. This is the part where, many drafts since the first word I wrote of the first draft in the summer of 2014, the manuscript is actually looking like a book. 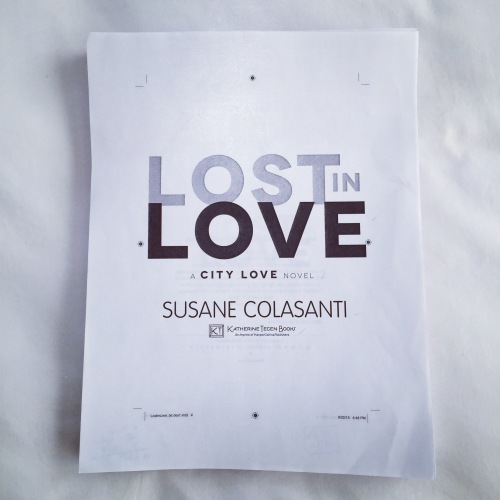 I’m not allowed to show you interior pages. Only the title page. But all of the pages of the book are here, which is both terrifying and electrifying.

Going over these pages was my last chance to make minor changes to the text. Which is a wild ride because I am never completely okay with a book! There are always more changes I want to make, other tweaks, better polishing. The future of ebooks is fascinating in this way. It will be interesting to see how an author’s potential to continue editing a book after it is published evolves. Although that would be a slippery slope for me. I would want to keep making changes forever! All I can do at this point is write the best book I can, follow my heart while revising, and let it go. Now we wait for ARCs…and hope that those of you who will be reading early copies enjoy the story.

There have been no reports of a mysterious Delorean appearance today. Which doesn’t mean it didn’t happen. Time travelers are slick that way.

Yeah, we’re still using fossil fuels in cars instead of garbage. And bullying still happens for some stupid reason (actually, lots of stupid reasons). 2015 wasn’t so bright we had to wear shades back in the 80s. But I am relieved that we’re not wearing those weird oversized sweaters with geometric shapes anymore. 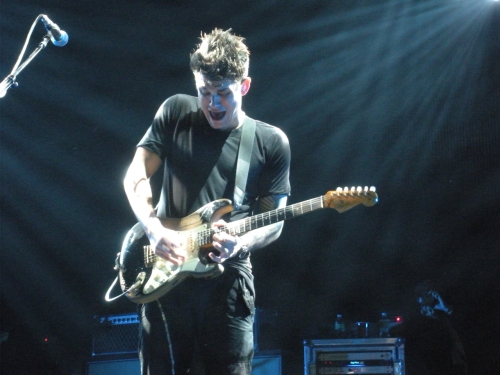 Watch out for anyone in a red puffer vest. You just never know.

Here we go! Epic Reads revealed the cover of Lost in Love, book two of the City Love trilogy. So I can finally share it here with you! 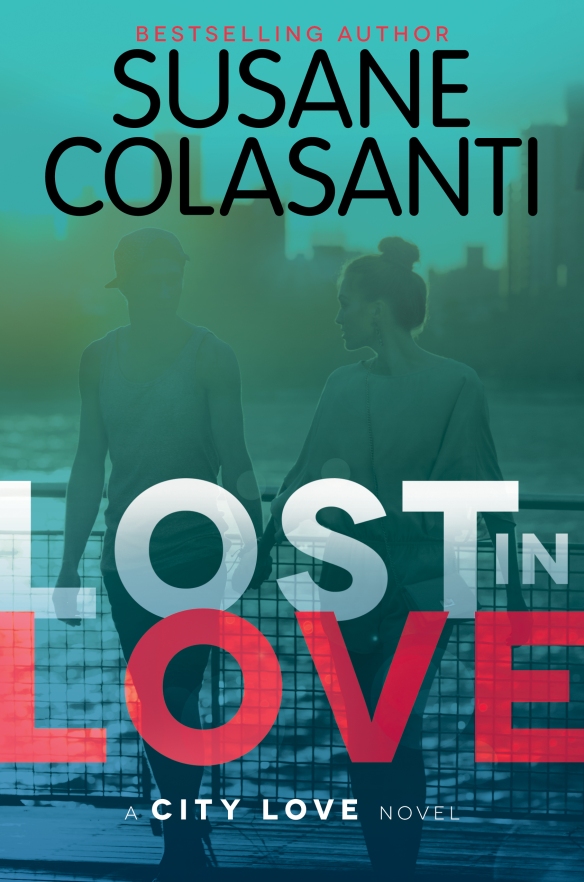 You guys. This is my favorite cover of the three. Yes, I have already seen the cover of book three and yes, they are all gorgeous. But there is just something about the cover of Lost in Love that is so evocative. This cover is moody and ethereal and perfectly captures the tone of the book. Snaps for Erin Fitzsimmons and her magnificent cover design team at HarperCollins!

If you read City Love, you might have noticed some cliffhangers. I wanted book one of the series to end on such a powerful note that readers felt compelled to read book two. Thanks to all of you who have reached out to me on social with your excitement to see where those cliffhangers go. I especially loved this post on Twitter:

That was exactly the kind of anticipation I was hoping to inspire with the cliffhangers. Hopefully book two will keep those sweet anticipation feels swirling on.

What happens in Lost in Love? Of course I can’t reveal any spoilers. But here’s the synopsis, which hints at some next things to come.

Sadie, Darcy, and Rosanna have quickly learned that living together in the city that never sleeps means NYC magic, boy adventures, and unexpected moments that will bond them for life…and summer is just heating up.

Sadie was positive she met her soul mate after having the Knowing about Austin. He’s dreamy, smart, and amazing in every way the perfect boyfriend should be. But after she discovers Austin’s secret, Sadie is crushed and left wondering if she even knows him at all. Will her eternal optimism shatter?

Darcy is all about being Summer Fun Darcy this summer. But when her ex moves to New York City to win her back, she suddenly has two boys trying to be more than a summer fling. Even if Darcy discovers her true heart’s desire, is she ready for something real?

Rosanna has gone from seventy-three cents to living the high life. Her boyfriend loves to treat her to the finer things, and as the two of them grow closer the only thing he wants in return is for Rosanna to open up to him. But telling him everything includes memories she wants to forget. Will she let him in…or will Rosanna’s past catch up with her first?

In Lost in Love, the second book in the City Love trilogy, bestselling author Susane Colasanti weaves a story of first love, first heartbreak, and everything in between.

Lost in Love is available for pre-ordering on Amazon, Barnes & Noble, and IndieBound. It will be out in the world on May 3, 2016!

TGIM! This top five is all about kindness, obsessing, and the best view in the world.

1. A reader emailed me to say this:

“You are the reason a 13-year-old believes in true love.”

Aaaaand my job is done.

2. If you read Now and Forever, you know that Sterling has a problem with typos. Okay, that I have a problem with typos. A big one. Typos grate on my nerves like nails on a chalkboard. Which is why I had so much fun developing Sterling into a typo annihilator. I am geeking out over Vernacular Typography, a website dedicated to documenting lettering in the urban environment. This classic can be found in their grammatical errors section:

3. As a RAKtivist with the Random Acts of Kindness Foundation, I receive a list of RAKtivist missions every month. This list includes ways to reach out with acts of kindness that will help others in some way. This month RAKtivists have only one mission: donate socks to a homeless shelter. Socks are the most needed yet least donated article of clothing in the homeless community. You don’t have to be a RAKtivist to join in on this act of kindness! The Homeless Shelter Directory can help you find a homeless shelter near you.

4. My BF/soul mate is being super supportive about my date with Joshua Jackson tonight. And by “date” I mean going to see The Affair panel at the Paley Center. My question is ready and I am determined to keep calm if I get to ask it during the Q&A. But there is a very good chance I will freak out. Joshua Jackson has been on my Top Five Husbands List for years. Holla back, Pacey Witter fans.

5. This weekend I went to One World Observatory. I’d been there once before and was completely overwhelmed. Having dealt with those emotions the first time meant that I didn’t have to refrain from bursting into tears every three seconds this time. I could be in the after without so much before. And I could appreciate this remarkable sunset: 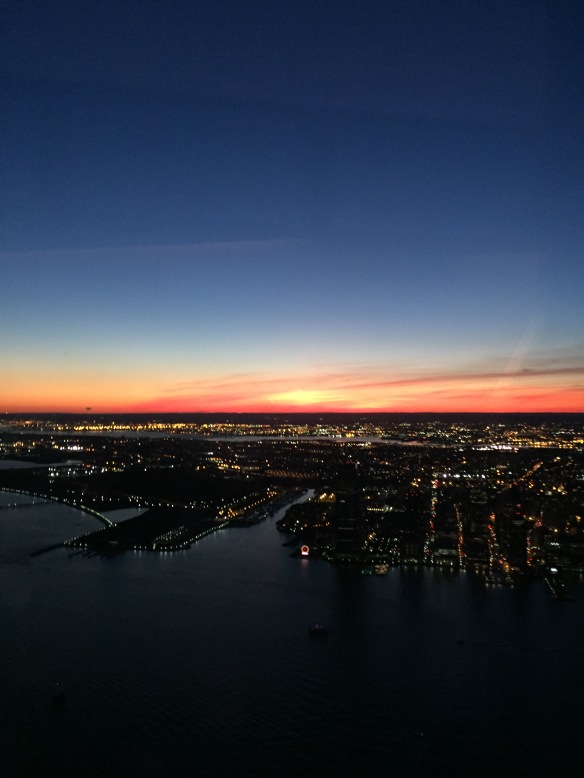 Work it and own it this week, friendly neighbors ❤

The entire City Love trilogy is now out in paperback! Here’s to sisterhood, self-discovery, and summer love.

All blog content © Susane Colasanti, 2006-2018. May not be reproduced without credit. All rights reserved.