This MoMA entry is all about fun with geometry!

Here’s a page from the Russian children’s book About Two Squares.  It’s about a red square and a black square that fly to Earth from space.  I really like that!  And I thought it would have been cool if the squares had magic powers or something.  But actually, the squares represented the superiority of the new Soviet order (red square) over the old (black square). 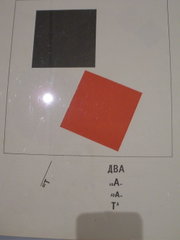 This is Matthew Brannon’s The Never That Lasts Forever.  It’s a huge cut-out covering almost an entire wall.

I love love love Alexander Calder’s mobiles.  His minimalist style and simplicity of streamlined shapes and colors always look so peaceful to me.  His mobiles are especially fascinating because as they slowly move and rotate, new angles of the design are discovered.  Here are two views of Lobster Trap & Fish Tail from 1939.  It hangs over a staircase. 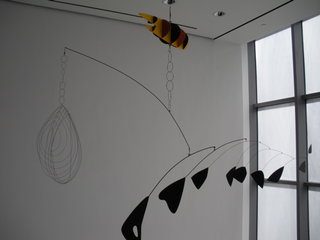 The fascinating Plan for World Trade Monopoly by Oyvind Fahlstrom.  The first photo is the entire piece and the second is my favorite detail. 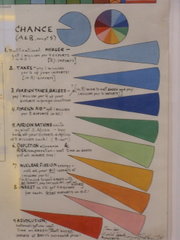 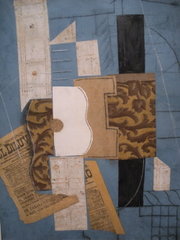 A portfolio of eight double-sided screenprints by Francois Morellet. 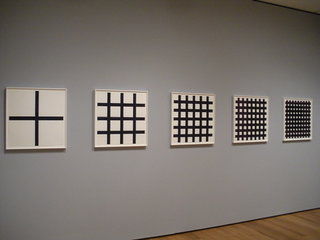